What is 12 Step Treatment? 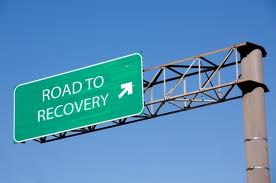 There are many benefits of a 12 step treatment program.

The Twelve-Step Treatment Program is a program utilizing twelve steps to combat addiction, compulsion, and various other behavior problems. Creation of the Twelve Steps dates back to 1939 when it was first published in Alcoholics Anonymous. It was later adapted into the Twelve-Step Treatment Program using the original Alcoholics Anonymous publication as its foundation.

The original Twelve Steps are as follows:

1. We admitted we were powerless over alcohol—that our lives had become unmanageable.

2. Came to believe that a Power greater than ourselves could restore us to sanity.

3. Made a decision to turn our will and our lives over to the care of God as we understood Him.

4. Made a searching and fearless moral inventory of ourselves.

5. Admitted to God, to ourselves, and to another human being the exact nature of our wrongs.

6. Were entirely ready to have God remove all these defects of character.

7. Humbly asked Him to remove our shortcomings.

8. Made a list of all persons we had harmed, and became willing to make amends to them all.

9. Made direct amends to such people wherever possible, except when to do so would injure them or others.

10. Continued to take personal inventory, and when we were wrong, promptly admitted it.

11. Sought through prayer and meditation to improve our conscious contact with God as we understood Him, praying only for knowledge of His will for us and the power to carry that out.

12. Having had a spiritual awakening as the result of these steps, we tried to carry this message to alcoholics, and to practice these principles in all our affairs.

The purpose of the recovery is to heal the physical, mental, and spiritual sides of the afflicted individual. Experienced members are expected to help new members fight through the withdrawal process and overcome some of the relapse triggers. Sponsors are not required to provide any legal advice, but instead are asked to help their charges by sharing personal stories of how they overcame certain obstacles. This allows members to have the support needed in order to overcome their addictions and stay clean.

The Twelve-Step Treatment Program is used to cure a wide range of afflictions including; alcoholism, drug addiction, and many other abuses that people fight with. Originally, the twelve-steps were created for alcoholism but have found a home helping those with other addictions. While the effectiveness of the program cannot be 100% measured, it is a well-known program that cares for thousands of people at a time. With the downturn in the economy, the Twelve-Step Treatment Program has found new cases to cure such as debt problems and divorce issues.